What did we get for the government’s efforts to slow the market? 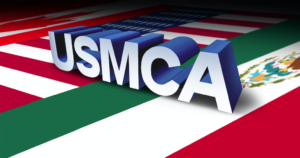 So what does a new trade agreement between Canada, the US and Mexico mean for Canadians? In a nutshell, higher interest rates. When the Bank of Canada met on October 24th, there was a rate hike to 1.75%. And the consensus is that there are at least two – probably three more hikes coming in 2019, which would put rates at the highest level since the 2008 subprime mortgage crisis.

The new USMCA trade deal looks an awful lot like NAFTA and for the overall economy that’s good news especially compared to the uncertainty that has been surrounding the talks over the last 18 months. Given over 70% of our exports go to the US and half of Ontario’s economy is tied to US/Canada trade, failing to reach a deal was not an option.

Arguably Canada’s greatest economic advantage internationally is access to US consumers and businesses, which has become even more important given the current protectionism impacting global trade. Now the uncertainty for Canada surrounding access to the US is over.

The Bank of Canada has specifically cited the ongoing uncertainties surrounding the NAFTA negotiations as the most important obstacle holding a rate hike back but with the new agreement the vast majority of analysts believe that Bank will act.

Canada’s bond market has also seen rates move higher recently in anticipation of a rate hike, which will put significant upward pressure on mortgage rates and in turn price some people out of the market.

Please call me if you have any questions regrading mortgage trends.
Boris Mahovac, mortgage agent, 905-844-4247

Boris is an amazing broker. His professionalism and dedication cannot be compared. His patience with our complex mortgage application is truly appreciated. Boris worked tirelessly to get the mortgage that we required. We highly recommend him and his team for all your mortgage lending needs. Thank you Boris. -- Pank and Cathy